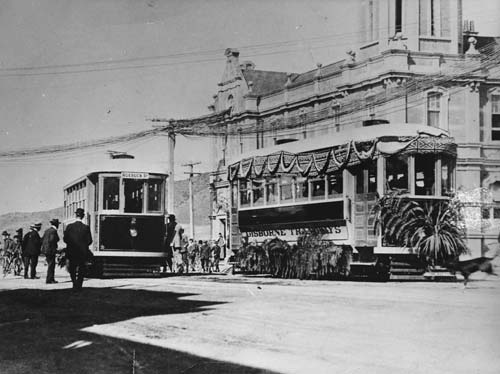 Many New Zealand centres installed motorised tram systems in the early 20th century. After meeting electrical inventor Thomas Edison in the US in 1910, Gisborne’s mayor, W. D. Lysnar, instigated the purchase of two trams which ran on battery power rather than a reticulated supply of electricity. The trams started operating in April 1913 and two more vehicles were later brought into use. However, they never made money and the service ended in 1929.