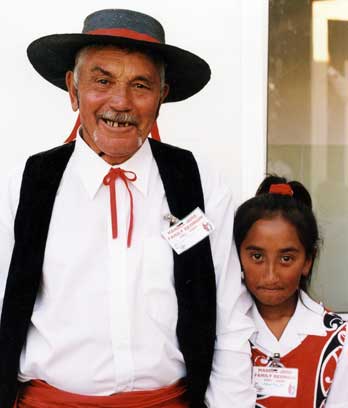 The vast majority of New Zealand’s western European immigrants have come from Britain, the Netherlands, Germany and Scandinavia. But even from the gold rush days, small numbers of people have also emigrated from other countries in the region: notably Spain, Portugal, Belgium, and the former British colonies of Malta and Gibraltar.

Most of New Zealand’s European immigrants have come from north-western Europe, particularly the Netherlands, Germany and Scandinavia. Those from some other western European countries – Spain, Portugal, Belgium, Malta and Gibraltar – have never reached above a few hundred in each case. Most groups forged links with much bigger immigrant communities in Australia. One visible New Zealand group is that of Wellington’s Maltese people. The Maltese in New Zealand numbered 390 in 2013, and run an association and a website. The smallest group is the Gibraltans: there were just 78 in New Zealand in 2013.

The explorer Alessandro Malaspina, an Italian in charge of a Spanish expedition, was possibly the first visitor from Spain. Staying a week at Doubtful Sound in 1793, he named several places, including Bauza Island.

At least a few people from almost every nation in Europe came to New Zealand during the gold rushes of the 1860s. Manuel José, a 19th-century immigrant who was probably from Spain, became the ancestor of thousands of descendants in the Ngāti Porou tribe, some of whom still celebrate their Spanish heritage. In the 1890s there were also around 200 Portuguese settlers, and one Ngāti Kahungunu family traces descent from a Portuguese whaler.

Seamen were among the first Maltese, including Angelo Parigi who arrived around 1848. The wool industry brought out some Belgians, but numbers were small: as a nation they are less likely to emigrate than other Europeans.

The 20th century and later

Only a handful of Portuguese came after the 1900s, but their population reached 264 in 2013. From the 1980s some Latin Americans joined with other Spanish-speakers to promote Spanish language and culture among New Zealanders. Belgians, including wool buyers, continued to trickle in. With the growing popularity of Belgian beer among New Zealanders, in the 2000s authentic beer cafés with traditional furnishings and menus appeared in Auckland, Wellington and Christchurch.

Print the full story
Next: Page 1. Other nationalities Next