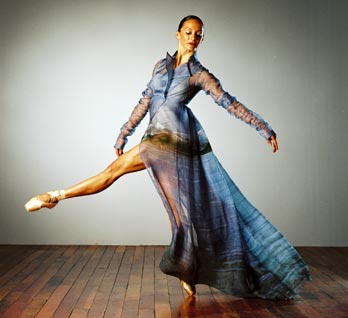 Since the 1970s New Zealand has seen an outpouring of creativity from writers, film-makers, craftspeople, fashion designers, musicians and others. With vigour and originality, the country’s artistic community is breaking new ground both at home and on the world stage.

New Zealand’s creative arts come from different traditions: those of the indigenous Māori, the first British settlers, and immigrants from Pacific, Asian and European countries. Because New Zealand is so isolated, in the past many artists had to go overseas to make a living. But in the 21st century there are more opportunities at home and the local scene has flourished.

Many New Zealanders buy works of art or visit galleries and museums. Artists can get financial help from the arts council, Creative New Zealand. There is a growing number of Māori artists. Major overseas exhibitions showcase New Zealand’s art and crafts.

Design has evolved beyond the ‘home-grown’ approach, common before the 1980s. Industrial, interior, graphic and computer designers are influenced by overseas trends, but also incorporate New Zealand images and materials. And a number of fashion designers are now leaders of overseas style, taking advantage of global markets.

New Zealand’s architectural heritage has come from England, America and Europe, adapted for local conditions and climate. Buildings such as the Māori whare (house) and the farm shed have also influenced the New Zealand style.

The film industry has grown since the 1980s. Recent movies such as The piano, Whale rider and The lord of the rings trilogy have achieved international recognition. Since the 1980s there have been more radio and television stations and channels. The Broadcasting Commission (New Zealand on Air) aims to ensure more local content and programmes for Māori, and there is a Māori television channel.

New Zealanders have embraced popular music since they first heard jazz, blues and country music in the 1920s and 1930s. The recording industry had a golden era in the 1980s when the Flying Nun label helped rock bands to international success. The New Zealand Music Industry Commission promotes local musicians, including Māori and Pacific artists.

There are professional theatres in the main centres. Students at Toi Whakaari, The New Zealand Drama School, study theatre arts, and Playmarket helps playwrights develop and market their scripts. The Royal New Zealand Ballet company began in 1953, and there are a number of contemporary dance companies. Dance is taught at several institutions, notably the New Zealand School of Dance. Traditional Māori performance art, kapa haka, is popular, and groups compete at the Aotearoa Traditional Māori Performing Arts Festival.

Print the full story
Next: Page 1. New Zealand creativity Next