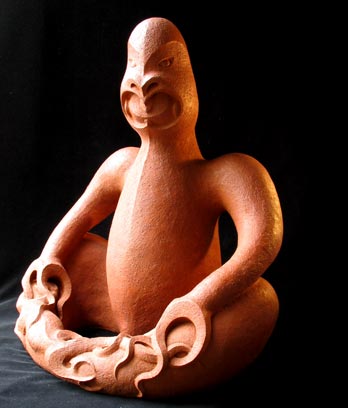 To Māori, reptiles were the descendants of Punga – the ugly god whose progeny were repulsive. Lizards and tuatara were feared as bringers of bad luck, and stories tell of hideous giant reptiles that captured women and married them. However reptiles were also seen as kaitiaki (guardians).

Whakapapa of tuatara and lizards

Ngārara is the Māori name for reptiles – tuatara, lizards (geckos and skinks) and the giant reptiles in some stories.

Māori believed that reptiles were descended from Punga. He was the son of Tangaroa, god of the sea.

Punga’s descendants are seen as ugly and repulsive. They include not just reptiles, but also some sea creatures, insects and birds.

Because people feared them, lizards and tuatara were also seen as guardians.

Print the full story
Next: Page 1. What are ngārara? Next