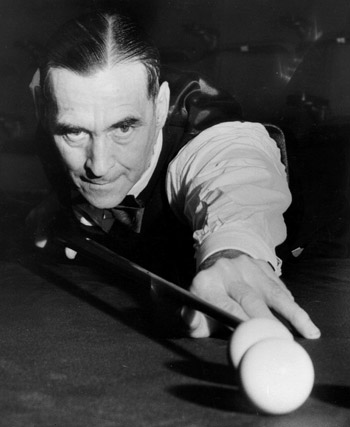 Billiards, snooker, pool and darts are all often played in pubs and clubs, and are played as much for recreation as competition. Pool in particular has become a popular pub game in New Zealand.

Billiards in a public billiards room

Cue sports are games played with a cue stick, which is used to strike hard balls on a cloth-covered table. There are many varieties, but in New Zealand the most popular are pool, snooker and billiards.

A form of billiards was invented in Europe as early as the 1400s. Billiards is played with a red ball and two cue balls. Pākehā settlers brought the game to New Zealand in the 1840s, where it was played in hotels, billiard halls, gentlemen’s clubs and the houses of the wealthy. Sometimes bets were made on games.

Snooker is played with a white cue ball, 15 red balls and six balls of other colours. It was played in New Zealand from around the 1890s, but became more popular from the 1930s, taking over from billiards.

There are a number of forms of pool (or pocket billiards), but the most popular in New Zealand is eight-ball pool. It is played with a white cue ball and 15 numbered balls: seven are solid-coloured, seven have a stripe of colour, and there is also a black 8 ball. Pool tables, which are generally smaller than those used for billiards and snooker, became common in pubs in the 1960s and 1970s. Since then pool has been the most popular cue sport in New Zealand. It is mainly played for fun by amateurs, but there are a number of competitions.

In a game of darts each player throws three darts at a dart board, which has marked areas worth different numbers of points. The game probably arrived in New Zealand in the late 1800s, and was played mainly in pubs or workingmen’s clubs and at fairs. At that time it wasn’t considered a serious sport. In the 1930s a darts craze spread from the United Kingdom to New Zealand, and it became a game played by all classes, by both men and women, and in a variety of settings. In the 2000s it is still played recreationally in pubs and clubs, but is also an organised sport with competitive tournaments.

Print the full story
Next: Page 1. Billiards and its history Next