Story: Rongoā – medicinal use of plants 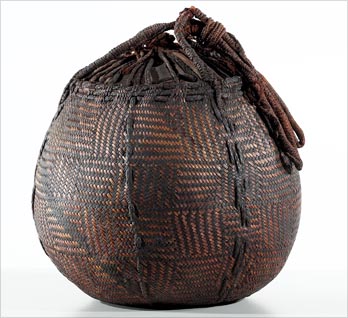 Māori used a range of traditional methods to deal with illness. Plants such as kawakawa, harakeke (flax), kōwhai and mānuka were all important for healing, and so was a belief in the spiritual causes of illness. Today rongoā – Māori medicine – is seeing a resurgence of interest.

Main image: A hue or calabash, for holding water, preserved game or medicines

Rongoā is traditional Māori medicine. It includes herbal medicine made from plants, physical techniques like massage, and spiritual healing.

Māori believed that some illnesses – called mate atua – were caused by evil spirits. If a person broke tapu (a rule), they could get sick. A tohunga (priest) could fix this kind of illness. He would find out what had caused it, remove the spirit and heal the patient.

Other illnesses were believed to have physical causes. They were treated by methods such as:

Medicines were made from plants, including:

When Europeans settled in New Zealand, they brought diseases with them, and many Māori became sick. Tohunga could not cure these new illnesses, so some people lost faith in them. Also, there were more tohunga who were not properly trained. In 1907 a law was passed to stop them working.

Today there is new interest in many parts of Māori culture – including rongoā. People have turned to these traditional techniques to get help with difficult illnesses. Some healers combine Māori medicine with other methods.

Print the full story
Next: Page 1. Understanding rongoā Next