Story: Mushrooms and other cultivated fungi 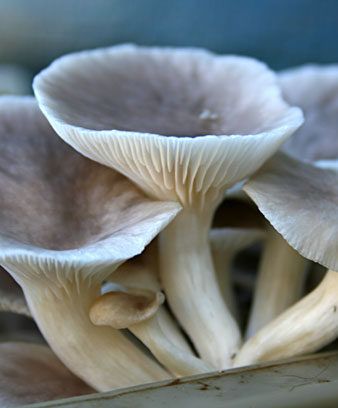 Button mushrooms were the focus of New Zealand’s mushroom industry for nearly 50 years. Today a range of edible fungi are grown, including shiitake and oyster mushrooms, and truffles – one of the world’s most expensive foods.

Māori seldom ate fungi – usually only when other food was scarce. The first Europeans who settled in New Zealand ate wild field mushrooms, which grew in paddocks for a short time in autumn.

Mushrooms were first grown for sale in New Zealand in the 1930s. By the 1960s, growing techniques had improved, and an industry began.

Most mushrooms grown in New Zealand are sold locally, fresh. The three types on sale – white button mushrooms, Swiss browns and Portobello flats – are all versions of the same species, Agaricus bisporus.

The three main stages are:

For many years, countries in Asia and Europe have eaten a range of fungi. In the late 19th century, wood ear fungus was exported to China from New Zealand, where it grew on dead trees.

Today, several speciality mushrooms are grown in New Zealand, including:

Truffles are fungi which grow underground, on the roots of living trees. They are considered a great delicacy, and are very expensive – about $3,500 per kilogram.

Since the 1980s, scientists have been working to grow truffles in New Zealand. In 2007, New Zealand had more than 100 truffle plantations, planted in trees whose roots have been infected with truffle mycelia. However, only nine areas had produced truffles.

The future of fungi

Today, scientists are trying to find out if they can grow other fungi, such as shoro and matsutake, to export to Asia.

Print the full story
Next: Page 1. Mushroom industry Next