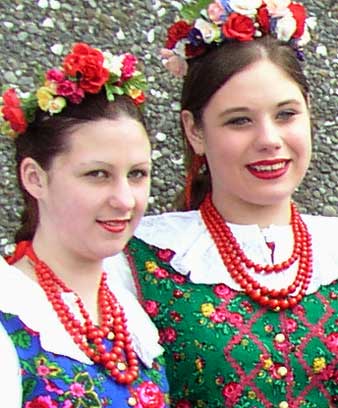 Since the 19th century, harsh conditions in their homeland have driven small groups of Polish people to emigrate to New Zealand. The pioneering settlers of the 1870s, the Jewish refugees and orphans of the 1940s, those fleeing the Soviet regime in the 1980s – all were pushed out by political turmoil and oppression in Poland. Not until the 21st century could Poles and Polish New Zealanders move freely between the two countries, and choose where to live.

Small numbers of Polish people arrived in the 1840s. The Subritzky family came in 1843, settling in Northland. In 1993, 3,000 descendants of the family celebrated 150 years in New Zealand.

In the 19th century conditions were hard in Poland, which was ruled by Prussia, Russia and Austria. Hoping for a better life, many fled. In the 1870s New Zealand assisted European settlers, and groups of Poles arrived to a life of hard work, felling trees, draining swamps and building railways for the new colony. Later, these pioneers built their own farms. Relatives joined them and small communities grew on Otago’s Taieri Plain, at Marshlands near Christchurch, and in Taranaki.

In 1918 Poland gained independence, and fewer people emigrated. But with the rise of Nazi Germany in the 1930s, Polish Jews sought refuge, and a few hundred escaped to New Zealand.

Other groups of Polish people have found safety in New Zealand:

By the 20th century most New Zealand Poles were living in the cities. In 1948 Wellington’s Polish Association was formed, fighting for Poland’s independence from the Soviet Union, and keeping their customs alive. In the same year, a small Catholic church built by early Polish immigrants in Otago was moved to Dunedin, and later restored: Catholicism is important in the community. The Polish language is taught at Auckland University, and Auckland’s Polish Heritage Trust runs a museum and library.

Print the full story
Next: Page 1. The first arrivals Next