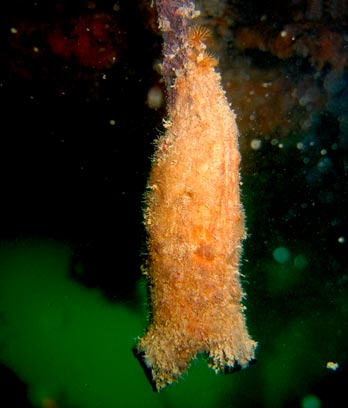 Thousands of animals and plants are travelling around the world on ships’ hulls, in their ballast water, or caught up in fishing tackle. Some of them become prolific colonisers in their new habitats.

What are marine invasive species?

A marine invasive species is a sea animal or plant that is carried, often by ship, from one country to another, and then multiplies so much that it damages the marine environment or other animals or plants.

How do they get to New Zealand?

Shellfish or seaweeds can attach themselves to the outside of boats travelling to New Zealand and then float off in the water.

Also, ships take in ballast water (sea water to help them float at the right level in the sea) and water to cool their engines. When they do this they can suck in tiny creatures, which come out when the ship empties the water at another port.

Plants and animals can get caught up in gear from a fishing boat and be taken to another country’s coast.

Why are these species a problem?

Sea creatures brought to New Zealand may be aggressive and squeeze out native animals and plants. They can also change the environment so it is not so good for native species.

Some grow quickly and cover boat hulls and parts of wharfs, or block up estuaries. In seafood farms they can crowd out or eat the shellfish growing there.

Some diseases can be spread to different parts of the world in ballast water.

Which species are invaders?

Biosecurity officers look for marine invaders and remove them. There are rules about where ships can safely get rid of their cooling and ballast water. Ships are also searched and cleaned to keep them free of pests.

Print the full story
Next: Page 1. Reaching New Zealand Next