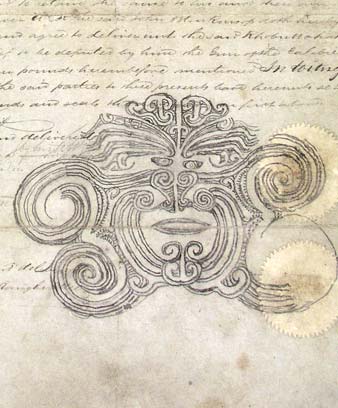 The Ngāti Toarangatira people, originally from Kāwhia, have survived changing fortunes. Led by the famous warrior chief Te Rauparaha, they walked south in search of a safer and more prosperous life. After facing hardships along the way, they became a rich and powerful tribe on both sides of Cook Strait (Te Moana-a-Raukawa).

Today Ngāti Toarangatira's lands are largely in the south-western North Island, centred around Porirua and the Kāpiti Coast.

Ngāti Toarangatira (also known as Ngāti Toa) trace their origins to the Tainui canoe, captained by Hoturoa. One of Hoturoa’s descendants was the chief Tūpāhau. On a famous occasion, Tūpāhau spared the life of an enemy he had defeated. After that, his people were named Toarangatira – the tribe of chivalrous and chiefly warriors. Tūpāhau’s grandson, a great warrior, was also named Toarangatira.

Ngāti Toa originally lived in the Kāwhia area on the North Island’s west coast. Because of conflicts with Waikato tribes, they decided to move south to the Kāpiti Coast in the early 1820s. Along the way a group of them, mainly women, met a war party. Te Rauparaha, Ngāti Toa's great leader, told them to dress as chiefs and stand beside several fires, to make the enemy think there were more of them. This part of their journey became known as Te Heke Tahutahuahi (the fire-lighting migration). When they reached Taranaki they rested for several months.

The rise and fall of Ngāti Toa

Between 1820 and the 1840s, with Te Rauparaha as their chief, Ngāti Toa became the dominant tribe on the Kāpiti Coast. They also conquered territory in the South Island, and controlled large areas on both sides of Cook Strait from their island fortress of Kāpiti. European settlers saw them as a threat. The government kidnapped Te Rauparaha and held him prisoner. Ngāti Toa were forced to sell most of their land.

The representative body of Ngāti Toa, Te Rūnanga o Toa Rangatira, looks after the land, resources and mana of the tribe. Redress for the unjust actions of the government in the past was agreed to in 2012. In 2013, almost 4,500 people claimed descent from Ngāti Toa.

Print the full story
Next: Page 1. Identity Next