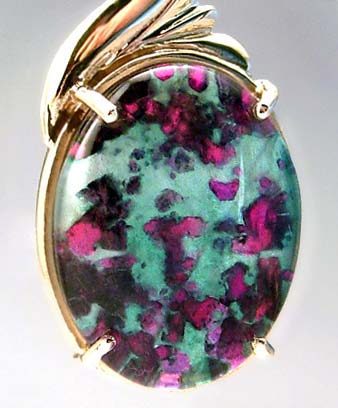 Finding beautiful, durable and rare stones in New Zealand is a matter of knowing where they lie among the predominant greywacke boulders. By scouring certain rivers and beaches, enthusiasts may come upon pieces of quartz or garnet, or the even rarer pounamu, goodletite or kyanite.

Bowenite – a rare type of pounamu

Gemstones are stones that are rare, beautiful, and don’t have defects. People often polish them so that they are smooth and shiny. They can then be made into earrings, pendants and other jewellery.

New Zealand does not have any precious gems such as diamonds or emeralds. The main gemstones in New Zealand include:

How are gemstones formed?

Most New Zealand gemstones come from mountain rocks which have broken off into boulders. These wash into streams and rivers, which carry them out to sea. Along the way, they break up into smaller and smaller pieces, and eventually into stones, which get washed up onto beaches.

Where do people find gemstones?

Gemstones are hard to find. New Zealand has plenty of ordinary grey stones, which come from a hard rock called greywacke. This is what the country’s mountain ranges are made of, and you can see it all around the country. So, finding the special gemstones is a matter of searching out places where there are other kinds of rock. The best places to look are rivers and beaches. For example, gemstones have been found at Granity on the West Coast of the South Island, at Birdlings Flat near Christchurch, and on the Coromandel Peninsula.

Māori from the Ngāi Tahu tribe have traditional rights to pounamu. This beautiful green gemstone is usually found as large boulders on the West Coast of the South Island. Pounamu is very good for cutting and carving. Māori have traditionally made pounamu weapons, tools and ornaments, and used it for trade.

Print the full story
Next: Page 1. New Zealand gemstones Next