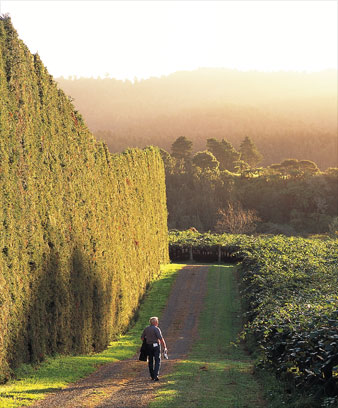 Once seen as a fringe activity, organic farming has become a multi-million-dollar industry in New Zealand. Worldwide, organics is one of the fastest growing sectors of food production.

‘The cycle of life’

What is organic farming?

Organic farming produces crops or meat without using synthetic chemicals or pesticides, with the aim of ensuring there are no harmful residues in these foods.

There are a number of organic farming methods:

Organic farming started about the 1940s, mostly in small gardens and orchards. Gradually, more farmers changed to organic methods. From the 1960s, people became concerned about harmful agricultural chemicals such as DDT, and organics became more popular. In the 1990s, concern about the genetic modification of crops made organic food much more popular. However, most New Zealand farmers still use non-organic methods.

In New Zealand, peas and corn are the main organic crops. Kiwifruit are the most popular organic fruit. Apples are difficult to grow organically because insect pests and black spot fungus are hard to control without sprays. Organic dairying produces milk, yoghurts and cheeses. A small amount of organic meat is produced, and organic wool is made into baby clothes and blankets.

There are strict standards for the production of organic products, leading to certification. Organic products are usually more expensive to produce and buy.

Print the full story
Next: Page 1. What is organic farming? Next