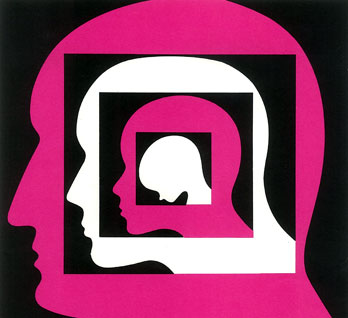 Around 47% of New Zealanders are likely to experience some form of mental illness during their lives. New Zealand’s first lunatic asylum opened in 1854, and for nearly 130 years most mentally ill people were looked after in special-purpose residential institutions. In the 21st century most people suffering from mental illness are cared for in the community.

Good mental health means a state of psychological well-being – a sense of self-worth and an ability to cope with life and fulfil one’s potential.

Mental illness is common – 47% of New Zealanders are likely to experience some form of mental illness at some point in their lives.

In the 1840s mentally ill people were held in prisons, as there was nowhere else to care for them. The first ‘lunatic’ asylum was opened in 1854 in Karori, Wellington. From the 1860s asylums were built around the country. The main treatment was physical work and exercise. Violent or dangerous patients were sometimes tied up and restrained. Mental illness was generally seen as incurable.

Attitudes to mental illness began to change. From 1911 asylums were known as mental hospitals and people were able to commit themselves voluntarily to get early treatment.

After the First World War many soldiers suffered from shell shock (trauma from their war experiences). They were treated with dignity and compassion, and encouraged to talk about what had caused their illness. Success in treating former soldiers saw the same techniques applied to other patients.

From the late 1930s new treatments and drugs became available to treat mental illness. These changed the character of institutions, which became known as psychiatric hospitals. New specialist staff such as occupational therapists and social workers were employed to prepare patients for life and work outside the hospital. However, short-term psychiatric patients often received better care than long-term patients, who lost touch with life outside the institution and weren’t expected to recover.

From the 1970s there was a move to care for mentally ill people outside large institutions. By the 1990s almost all psychiatric hospitals had closed and their patients had moved into community care. There were concerns that patients might not receive enough support. In the early 21st century non-government organisations were major providers of mental health services.

The transition from institutional to community-based care was accompanied by many challenges. These surfaced with general and systemic inquiries in 1995–96 and 2018, and on the Confidential Forum for Former Patients of Psychiatric Hospitals (2005–7). The need for clear national leadership and plans saw the formation of a Mental Health Commission, which existed from 1996 to 2012 and was re-established as the Mental Health and Wellbeing Commission in 2021.

Since the 1990s special programmes designed to meet the needs of Māori and Pacific Islanders were started. Both groups were over-represented in mental health statistics compared to their populations.

Print the full story
Next: Page 1. Mental health and mental illness Next