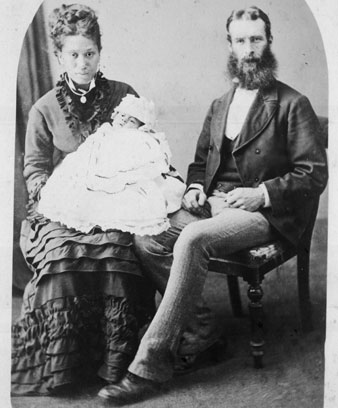 Intermarriage between Māori and Pākehā has been common from the early days of European settlement in New Zealand. The government encouraged intermarriage, which was seen as a means of ‘civilising’ Māori. However, some people disapprove of intermarriage.

Intermarriage is marriage between partners from different ethnic groups.

Crews of visiting European ships often formed relationships with Māori women. From the 1790s some European men lived with Māori as part of the tribe, and became known as Pākehā–Māori. They often married Māori women.

The first official marriage was in 1823, between Maria Ringa of Ngāpuhi and Danish whaler Phillip Tapsell. The marriage did not last, but Tapsell married again twice, both times to Māori women.

Some early missionaries opposed intermarriage. But some people believed that intermarriage with Pākehā would make Māori more ‘civilised’, and, later, the government encouraged intermarriage. Māori women could inherit land from both their parents, so some Pākehā married them in the hope of acquiring land.

After 1840 more European women arrived. Some Pākehā men left their Māori wives and children for a more ‘respectable’ marriage with a Pākehā. A few Pākehā women married Māori men, but this was disapproved of.

In the late 19th century Māori were thought to be a dying race, which could only survive by assimilating with Pākehā.

Chinese and Indians were known as ‘race aliens’, and suffered a lot of prejudice. Intermarriage between European women and Asians was strongly disapproved of. However, until the mid-20th century the Chinese and Indian communities were mainly single men. Many eventually married Pākehā or Māori women.

Many Māori moved into the cities after the Second World War. They had much more contact with non-Māori, and intermarriage increased.

In the 2000s New Zealand was increasingly multi-cultural, with many people from the Pacific and Asia. The children of mixed marriages were more likely themselves to intermarry.

Print the full story
Next: Page 1. Early intermarriage Next