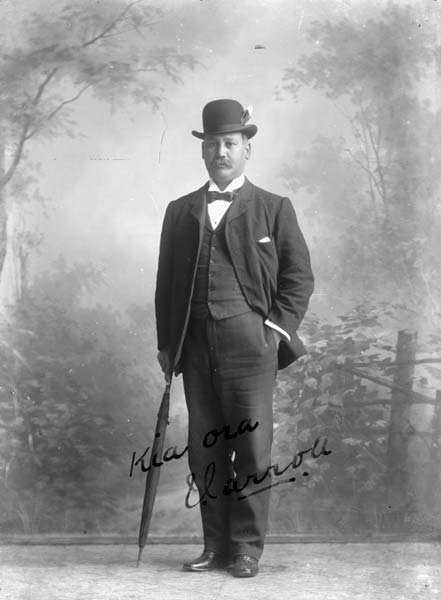 Half-Māori, half-Pākehā, all gentleman, James Carroll poses for a studio portrait in 1906. He was then the MP for Waiapu on the East Coast, and the native affairs minister. Carroll's father was an Australian of Irish descent and his mother was an aristocratic Ngāti Kahungunu woman named Tapuke. His first language was Māori and, despite his later opposition to tohunga and to the Kotahitanga movement, he was described as being emphatically, and sometimes passionately, Māori. In a period when most Māori were confined, geographically and politically, to the margins of New Zealand, James Carroll drew on his bicultural background to stand in the centre of national life.