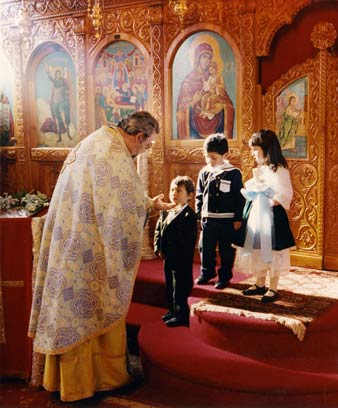 Smaller Christian churches have had a significant presence in New Zealand. In the 19th century the Congregationalist Church was known for its temperance and suffrage activists. Quakers have long opposed conscription and war, and many Māori have been drawn to the Mormon and Destiny churches. In the 21st century some people chose to worship online, in a virtual Anglican cathedral.

Baptist Church members practise baptism for believers (rather than babies). They migrated to New Zealand from the 1840s, and have often done missionary work overseas.

Congregational churches opened from the 1840s. Members were involved in temperance and women’s-rights activism. Many Congregationalists in the later 20th century were migrants from the Pacific Islands.

Quakers (the Society of Friends) believe in equality and oppose war. They ran a school in Whanganui until 1969, and a nearby site is home to a Quaker community.

Unitarians believe that God is one being, and support women’s equality. New Zealand’s first woman minister was a Unitarian – Wilna Constable, in the 1920s.

Lutherans from Germany and Scandinavia settled in New Zealand in the 19th century. During the First World War German migrants were interned, and the number of Lutherans dropped. After the Second World War more European migrants arrived, and church membership rose.

Brethren believe in a literal interpretation of the Bible. Exclusive Brethren are largely forbidden from socialising with non-Brethren. They are discouraged from watching television, or using the internet or cellphones. Open Brethren are less restrictive.

The Mormon Church (officially the Church of Jesus Christ of Latter-Day Saints) was formed in the US in 1830. Members do not consume alcohol, tea, tobacco or other addictive substances. From 1881 many Māori converted to Mormonism after a prophecy about the church.

Seventh-day Adventists attend church on Saturday, not Sunday. They eat special diets, and set up the Sanitarium Health Food Company in the early 1900s.

Jehovah’s Witnesses believe the world will end soon. They are discouraged from voting and from drinking alcohol, and do not receive blood transfusions. The church arrived in New Zealand in 1903.

Pentecostalists believe in the literal word of the Bible. The Pentecostal movement grew after the Second World War, when large revival meetings were held. Destiny Church was launched by Brian Tamaki in 2001. It has held marches to Parliament protesting about civil unions and sex work.

Chinese churches were set up in New Zealand from the early 20th century. In the 21st century recent Asian migrants have formed new Chinese and Korean churches.

Most churches have websites, and some also have internet-based communities. The Anglican Cathedral of Second Life is a virtual online church.

Print the full story
Next: Page 1. Baptists and Congregationalists Next