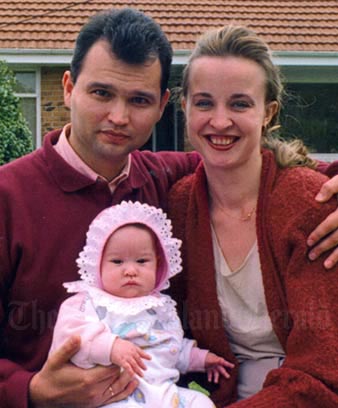 As well as Russians, immigrants from the Ukraine and the Baltic states of Lithuania, Latvia and Estonia came in small numbers to New Zealand, often as refugees, from the 1860s onwards. Since the 1990s the number of arrivals from the former Soviet Union has rapidly increased. They no longer come as refugees, but to enjoy the opportunities for work and lifestyle.

Russia and the Soviet Union

There were many nations in the Russian Empire, and in the Union of Soviet Socialist Republics (the USSR, or Soviet Union) which came after it (1917–91). They included Russia, the Ukraine, Latvia, Lithuania and Estonia. In 1991 the Soviet Union broke up and countries which had been part of the union became independent.

Of these countries, it was from Russia that most immigrants to New Zealand came. A few arrived during the gold rushes of the 1860s. Russian Jews who were escaping persecution came in small numbers throughout the last decades of the 19th century.

An influx of refugees came in the years following the Second World War. They included White Russians – supporters of the old Russian Empire who had been driven out of their country since the Tsar was overthrown during the Russian Revolution of 1917. By 1956 there were 740 Russians in New Zealand; twice as many as there had been in 1945. More arrived in the 1970s and 1980s, when Russian Jews were permitted to leave the Soviet Union. Most Russian immigrants have come since 1991, when the Soviet Union broke up. In 2013 almost 5,500 were living in New Zealand.

Apart from a few Russian sailors who jumped ship and stayed, most who came after 1991 were professionals seeking work opportunities and a better life.

Some Ukrainians were among the displaced persons who arrived after the Second World War. More came during the 1990s. In 2013 about 1,350 lived in New Zealand, mainly in Auckland and Wellington.

People from the Baltic Sea states of Latvia, Estonia and Lithuania mostly came as displaced persons after the Second World War, and by 1956 there were 538 Latvians, 240 Estonians, and 207 Lithuanians. However, as large numbers did not continue to arrive, in the 2000s the communities remained small.

Print the full story
Next: Page 1. Russians Next