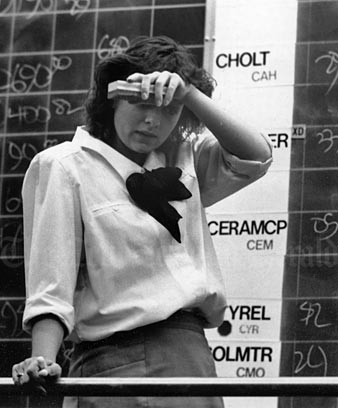 Sometimes businesses get into trouble because of financial problems, losses or fraud. They may stop trading, or they may be bailed out by the government.

People who cannot pay their debts can be declared bankrupt. Their assets are taken away and sold to repay the people they owe money to. After several years their debts are wiped.

In the early years of European settlement in New Zealand, immigration companies sold land to investors and settlers from Britain. But ownership of land was often uncertain. The New Zealand Company got into financial trouble because of conflict with Māori, and selling land without legal title.

Many people who bought land at the first Crown land sales in Auckland in 1841 only paid a small deposit. When the economy went into recession a year later, they could not keep up their payments. Many Auckland businesses went under.

In the later 19th century Auckland was a city of booms and busts. People made fortunes – from army contracts, or from gold – and then lost them. There was a large crash in the late 1880s. Many businesses went under, and the Bank of New Zealand almost collapsed.

In 1894 the government bailed out the Bank of New Zealand, which was facing collapse again.

In the 1930s the government passed a special law to wind up the businesses of John McArthur, who had been selling shares in his investment trust door-to-door.

Print the full story
Next: Page 1. Personal bankruptcy, corporate failure and fraud Next