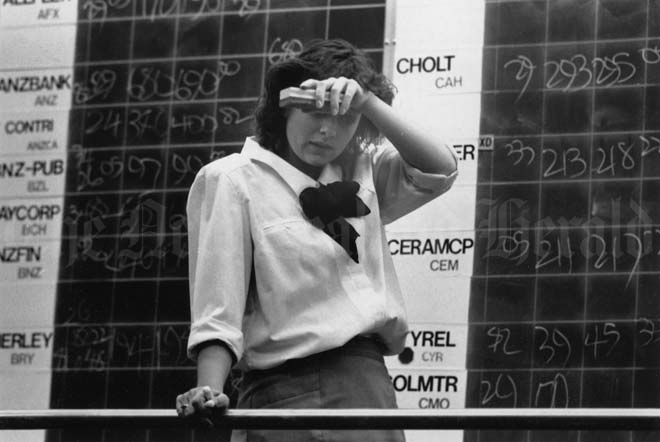 On 20 October 1987, which came to be known as ‘Black Tuesday’, the New Zealand share market fell precipitously. In four hours values shrank by $5.7 billion. In the chaos chalkies such as Claire Ruckman were exhausted. Seven times more chalk was used than normal. The collapse followed the speculative boom of the mid-1980s, and was triggered by falls in overseas share markets. Over the next few years a number of high-flying companies became insolvent.