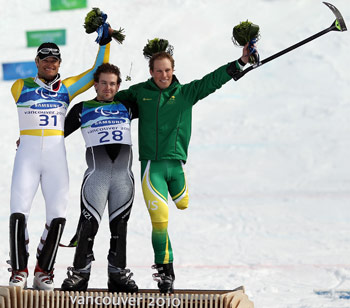 In the past, many people with disability were excluded from participation in education, employment, sport and many leisure activities. Since the 1970s attitudes to disability have been changing. Disabled people have increasingly advocated for themselves and run their own organisations. They now represent their country in sport and succeed in many fields. About 24% of New Zealanders have some form of disability.

Until around 1900 a person with disability was usually cared for by their family. Many people were disabled by accidents or injuries, in occupations such as in mining or forestry.

Many soldiers were disabled in wars, particularly the First World War. More than 1,000 New Zealand soldiers had limbs amputated during the war. Institutions were set up to care for them and servicemen with other health needs, including shell shock.

Over time, attitudes to people with disability and how to help them have changed. A person with disability used to be seen as needing charity, and were often put into institutions. In the 20th century disability became seen as a medical problem to be cured, if possible. From the 1970s it was argued that people had impairments rather than disabilities, and that it was other people’s attitudes and the built environment that stopped those with impairments from fully participating in society. Many large institutions that cared for disabled people closed, and community care became favoured.

Organisations for people with disabilities

Some organisations are run by people with disabilities themselves. They include:

Organisations for disabled people who are involved in sports include:

Around 24% of New Zealanders have some kind of disability.

The most common impairments in adults affect

The most common impairments in children are learning and speech difficulties.

Print the full story
Next: Page 1. Care until the early 20th century Next