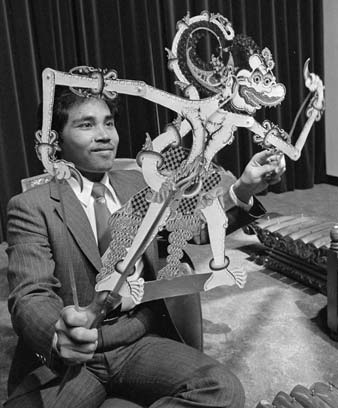 For centuries Indonesia was a colony of the Netherlands, known as the Dutch East Indies. It was renamed the Republic of Indonesia when it became independent in 1949.

In 2013, 4,914 New Zealand people had been born in Indonesia, and 4,127 stated that their ethnicity was Indonesian. Most lived in Auckland. The majority were Christian, and around one-third were Muslim.

There are Indonesian community groups, and organisations to promote friendship between New Zealanders and Indonesians. Indonesian Independence Day is celebrated each year on 17 August.

Bahasa Indonesia is the most commonly spoken Indonesian language in New Zealand. There is a rich variety of music, arts, crafts and cuisine. Gamelan orchestras have been set up at Victoria and Otago universities, and gamelan music has influenced New Zealand composers.

Indonesian dishes such as nasi goreng (fried rice) and gado gado (salad with peanut sauce) are popular with New Zealanders.

Print the full story
Next: Page 1. Settlement Next