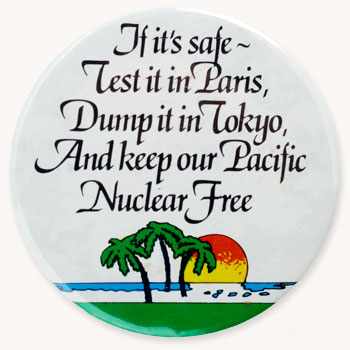 It has been said that if New Zealand was to erect a huge statue like the Statue of Liberty, it would be the Statue of Equality. Like other countries, it has developed its own national character, and equality, fairness and honesty are values which most New Zealanders see as important.

New Zealand’s political culture has changed slowly over time – it is a country of slow evolution rather than rapid revolution.

Political values in the 19th century

Most settlers who came to New Zealand were from Britain, and brought with them British values and systems of government. They were loyal to the British Empire and keen to follow it into war.

New Zealanders do not usually show their patriotism publicly, although sports events are one exception.

Though small, New Zealand likes to see itself as capable of influencing and inspiring other countries. It was the first nation to give women the vote, and its development of the welfare state in the 1930s gave it a reputation as the social laboratory of the world.

While New Zealanders value their country’s independence, it has always been connected with other countries through alliances and international organisations.

New Zealand has many ethnic groups, each with their own values. Many Māori, and also non-Māori, place a high value on honouring the Treaty of Waitangi and Māori rights.

New Zealanders are generally in favour of multiculturalism, but some have at times been less welcoming to immigrants.

In elections people often vote for the political party they feel best reflects their personal values, though some choose to vote based on which party’s policies will benefit them.

Since the 1970s New Zealand has shown a more socially liberal outlook, for example by making homosexuality legal.

New Zealanders often take pride in the country’s small size, and may see large countries as arrogant. Kiwis like to see themselves as being practical and adaptable, with a ‘can-do’ spirit.

Less positively, some people have seen New Zealanders as anti-intellectual, shallow and conformist.

Print the full story
Next: Page 1. New Zealand politics and political values Next