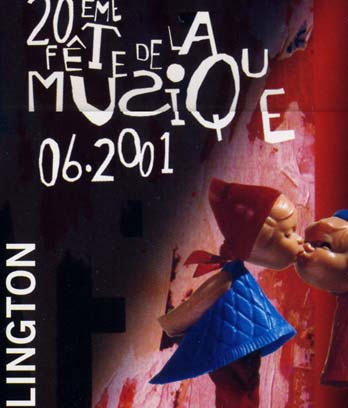 Abel Tasman’s voyage in 1642 aroused French interest in the South Seas, and by the 18th century French explorers were eager to seek out scientific knowledge and trading opportunities in New Zealand.

The anchor from the St Jean Baptiste

French explorers of the late 1700s were among the first Europeans to map and describe the country. They also produced many scientific reports and detailed paintings. The most well-known explorer was Jules Sébastien César Dumont d'Urville, who visited three times and named places such as French Pass and D’Urville Island.

Bishop Pompallier and the first Catholic missionaries arrived from France in 1838. They faced poverty and hostility, yet they converted many Māori, who chose Catholicism partly to show their discontent with Protestant, British rule. However, when the New Zealand Wars broke out in the 1860s, Pompallier turned away from Māori and focused on the spiritual needs of Europeans.

In 1838 the whaler Jean François Langlois saw the money-making potential of Banks Peninsula, and persuaded the French king to help him establish a colony at Akaroa. But when Captain Charles François Lavaud arrived in 1840 to establish French rule, he discovered that the Treaty of Waitangi had been signed with the British Crown a few months earlier. The small group of French migrants who arrived at Akaroa soon after were greeted by the British flag. But with its French colonial architecture and street names such as Rue Balguerie, Akaroa still holds traces of its original community.

Since 1840 there have been few French immigrants. Some travelled in search of gold, and a few arrived in the 1870s as assisted immigrants. In recent years young travellers and students have visited.

Although the French are a relatively small group in New Zealand, their culture has had a remarkable influence. There is a strong history of cultural, scientific and academic exchange between the two nations. And from the beginning, wine was imported and French was taught in schools. French drink, food and language classes remain popular today.

Print the full story
Next: Page 1. Explorers and missionaries Next