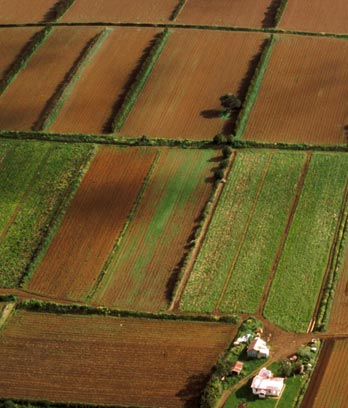 The soil is only a thin skin covering the land, but it is vital for all life. The more we learn about New Zealand soils and their role in the ecosystem, the more wisely we can use them.

Soils are made up of:

Soil builds up over time. Through gradual wearing and chemical decay, rock breaks down into smaller particles – gravels, sands, silts and clays. During this process nutrients are released, and become part of the soil. Many New Zealand soils are made from a build-up of fine, wind-blown sediments, volcanic ash or pumice.

Soils store water and nutrients for plant growth, and absorb water that could otherwise cause erosion and floods. Soil microbes help release nutrients used by plants. Soils also store carbon, so less carbon dioxide is released into the air.

New Zealand depends on soils for much of its wealth. Irrigation, drainage, and adding fertiliser has made its soils better for growing crops and pasture, and for grazing farm animals.

New Zealand has 15 main types of soil. They include:

Types of soil vary and form patterns across a landscape.

Print the full story
Next: Page 1. The land’s thin skin Next