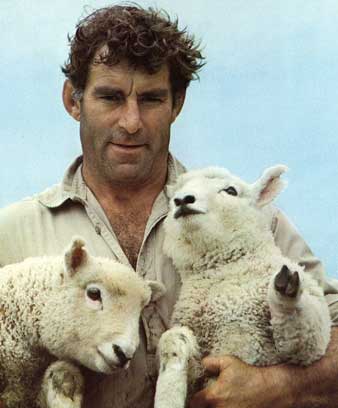 New Zealand’s countryside has long been mythologised as a new Garden of Eden, and New Zealanders have been stereotyped as pioneering people of the land. As early as 1911, more people lived in urban areas rather than in rural areas, but the central place of the countryside in New Zealand’s national identity has carried on.

Māori brought beliefs and traditions about growing crops from Polynesia. Rongo was the god of agriculture, and sacred symbols were placed in fields to promote fertility.

The early settlers thought New Zealand would be a country of small farms, with most people owning their own land. The government helped immigrants buy or lease land because it believed that the future of New Zealand was in farming.

In 19th-century New Zealand, books and poems showed settler farmers as romantic and heroic people. The country was seen as pure and good, while cities were often thought of as dirty and bad.

By 1911 more people actually lived in towns and cities than in the country. To strengthen the rural economy, the government encouraged more people to become farmers, including soldiers returned from the First World War.

People who lived in the city were encouraged to move to suburbs, where they could grow vegetables and keep chickens – a bit like a miniature farm.

New Zealanders celebrated the pioneering spirit of the first settlers, especially in the mid-20th century. The success of New Zealand rugby players and soldiers was often said to be because they were tough farming men.

Even though most people lived in cities, New Zealanders still thought of themselves as living in a country based on farming. When Queen Elizabeth II visited New Zealand in 1953, she saw farm animals, agricultural shows, shearing demonstrations and a dairy factory, but didn’t visit any museums or art galleries. City culture wasn’t seen as worth showing off.

Books, paintings and radio shows about country life were very popular in the mid-20th century.

Since the 1970s New Zealanders have started to see their country as more urban. Parts of city culture, like art galleries, cafés and nightlife, have become popular. New Zealand’s heroes are no longer farmers and rugged outdoor types, but include people such as film-maker Peter Jackson.

Print the full story
Next: Page 1. First traditions Next