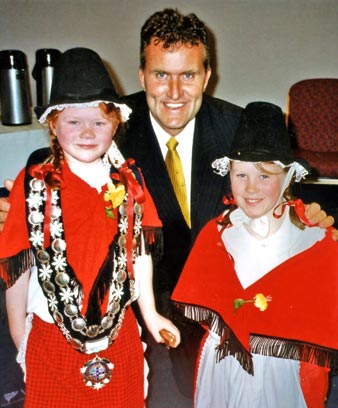 The Welsh are Britain’s ‘stay-at-homes’ – only a few emigrated to New Zealand, mostly to mine for gold or coal. Those who did come soon lost their language, but through the community’s great love of choral singing, poetry and cooking competitions, Welsh culture remains alive.

Welsh people came to New Zealand in small numbers. Yet they were among the earliest to arrive, as sealers and whalers. One of New Zealand’s most famous places, Milford Sound, was named in the early 19th century by a Welsh sealer. Another place name – Cambrians, in Central Otago – is a reminder that the Welsh were among the miners who came in the gold rush days. More Welsh miners, of coal not gold, came in the early 20th century when the Denniston coal mine was being opened up on the South Island’s West Coast.

Even when the Welsh came in greater numbers in the 20th century, they were still a small minority among immigrants from the United Kingdom.

Welsh people settled in Christchurch in the 19th and early 20th centuries, and in Auckland later in the 20th century. These communities were strong enough to maintain their national identity. Customs and culture were celebrated by societies (the first was the Cambrian Society of Canterbury), which organised social and cultural events. However, these groups were too small to keep the Welsh language alive.

The great love of the Welsh for singing is evident in eisteddfod (choral and poetry competitions) and cymanfa ganu (communal hymn singing), held regularly around the country.

Print the full story
Next: Page 1. Welsh immigration Next