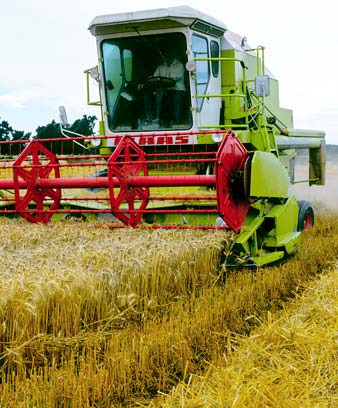 Why farmers use machinery

Farmers use machines because it makes farm work faster and easier, and fewer people are needed to do the same amount of work. As machines have become better, farms have grown bigger and can produce more.

Some machines used on farms were made in New Zealand, but many have had to be imported from overseas.

Machines powered by humans and animals

Horses and bullocks pulled ploughs and machinery for sowing and harvesting crops.

From the 1860s steam-powered machines were used to separate grain from straw, and from the 1880s steam traction engines with wheels pulled ploughs and transported animals or produce.

Machines powered by wind and water

Wind and water were both used to power machines such as pumps and electricity generators.

Trucks began to be used in the 1920s and 1930s for carrying milk and other farm produce, and transporting animals.

Since the 1970s, many farmers have used motorbikes and quad bikes to get around their land quickly and shift materials.

After electricity became more widely available, from the 1920s, farmers used many machines that ran on electric power, such as milking machines, water pumps, shearing machines and electric fences.

In the late 20th century, electronic machinery was invented for jobs like weighing animals and controlling how much water crops get. Computers became important for keeping farm records and communication.

Print the full story
Next: Page 1. Reasons for mechanisation Next