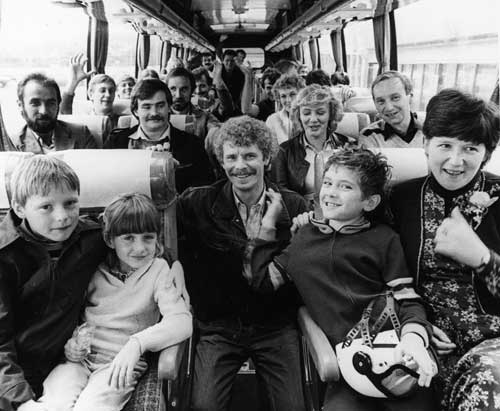 Polish migration to New Zealand virtually stopped during the Cold War, but in the 1980s, when the rise of the Solidarity movement led to political turmoil in Poland, people were again able to leave. About 300 of the large numbers of Poles who fled their country in that period came to New Zealand. The already established Polish associations helped these newcomers settle in. This group is on its way to Wellington’s Polish Association premises in 1981.

The Church of Mary Queen of Peace