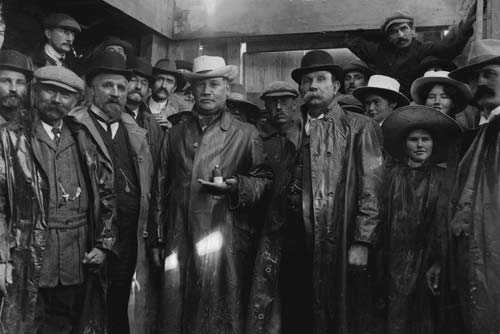 From at least the 1860s entrepreneurs on the East Coast looked for exploitable quantities of petroleum, encouraged by the seepages and other manifestations of oil that occur throughout the region. This photograph, taken in 1909, shows James Carroll (centre with white hat), then a minister in the Liberal government, visiting the Waitangi bore being sunk at a site near Whatatutu, in the Poverty Bay back country. Like all other such ventures, it was unsuccessful.