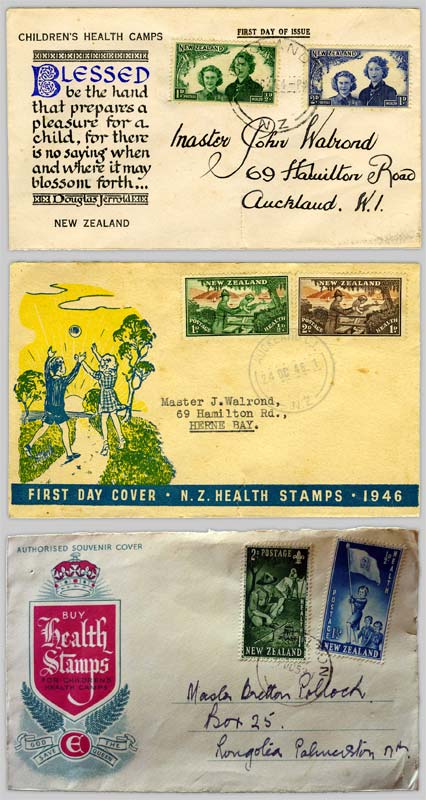 Souvenir stamps and envelopes were sold by the New Zealand Post Office and the proceeds were donated to the children's health camps. Scroll down to see some examples. The stamps on the first envelope show princesses Margaret and Elizabeth (the future Queen Elizabeth II). They were issued in 1944. The second envelope has a lovely (though somewhat idealised) drawing of two healthy children playing ball. The stamps show a member of the armed forces who has returned home from war – these were issued in 1946. The third envelope has stamps depicting girl guides and boy scouts. These were issued in 1953.