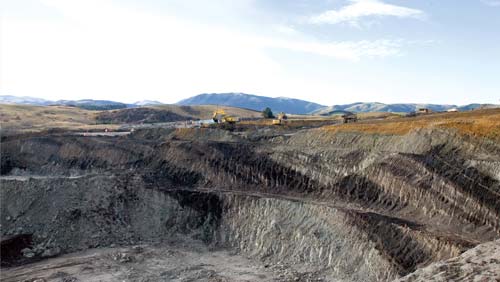 Coal is formed from plants that were buried before they could decay, millions of years ago. Oil companies originally thought that oil formed from marine sedimentary rocks, and that only gas could form from coal. This is why New Zealand, which has extensive coal reserves, was long considered only a good place to find gas, not oil. The discovery of the McKee oilfield in Taranaki in 1979, and recent research, have overturned this idea. It is now believed that much of New Zealand’s oil and gas has formed from coal deposits and carbonaceous shale such as these beds at Ōhai, in Southland.