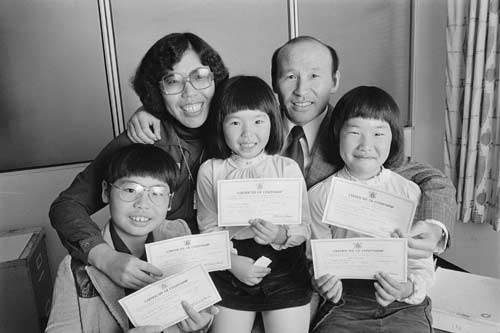 By the early 2000s, several thousand Koreans were becoming New Zealand citizens each year. In 1979, when Jung Lee and his family received their certificates of citizenship, they were one of only a few Korean families to have become New Zealanders. Jung Lee came to New Zealand in 1975 as the country’s first full-time instructor in the martial art tae kwon do. He was naturalised in time to be able to represent New Zealand at the tae kwon do championships held in Germany later in 1979.