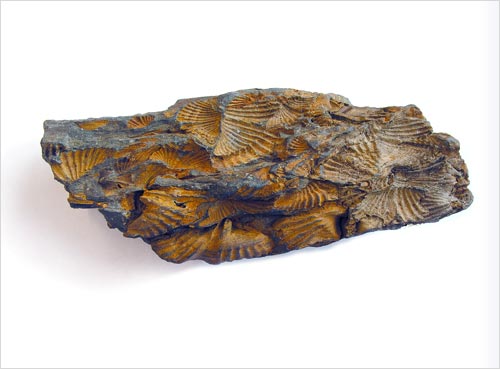 These Paleozoic shell fossils, found near Reefton, have been distorted due to pressure and shear forces deep within the earth. At first geologists did not realise that the shape of the shells had been changed. Geologist Harold Wellman developed a way to work out the degree of deformation by examining parts of the shells that would have originally been straight (such as the hinge line that joins two halves of a shell). This technique, known as the ‘Wellman method’, is cited in textbooks and is widely used by geologists.