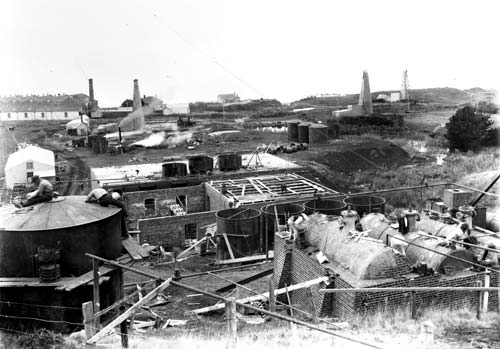 New Zealand’s first oil refinery was built in 1912–13 to service the production from the Moturoa oilfield at New Plymouth. At the time, several million litres of crude oil were stored in New Plymouth and needed refining. But production from the Moturoa wells proved spasmodic and did not provide enough oil for the refinery to run, so it was dismantled and sent to Saudi Arabia by Anglo Persian (now known as BP). When production in the Taranaki region increased, another refinery was built in New Plymouth in the early 1930s.