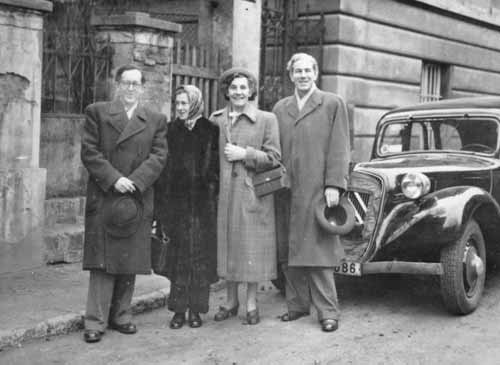 Like many other academically gifted New Zealanders, Ian Milner and James Bertram went to English universities before exploring the wider world. Bertram spent time in China, and interviewed Mao Zedong (Mao Tse-tung) in the late 1930s. He eventually returned to New Zealand. Milner developed a reputation during the 1950s as a translator of contemporary Czech poetry in communist Prague, where he stayed. Outside the Milners' house in 1951 are, from left, Ian Milner, Jean Bertram, Margot Milner and James Bertram.