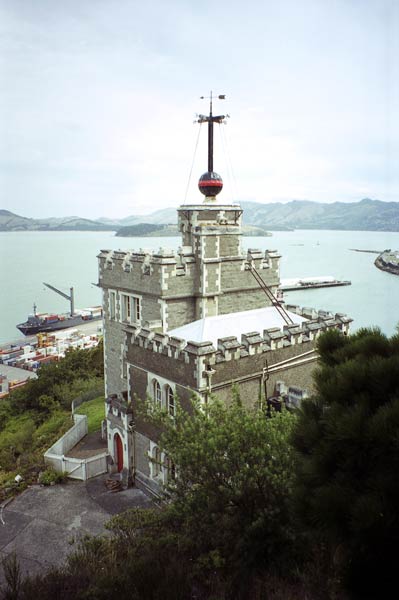 Designed as a ‘castle on the hill’, the Lyttelton Timeball Station was built by John Brassington and John Kennington, and opened in 1876. The main rock was red volcanic tuff (compacted and altered ash) from a nearby quarry, with facings of Ōamaru limestone. Unfortunately the tuff was porous and leaked badly, so that the whole building had to be covered with cement stucco soon after it was opened, to make it weatherproof. The Timeball Station was damaged in the September 2010 earthquake, and damaged again beyond repair in the February 2011 earthquake.