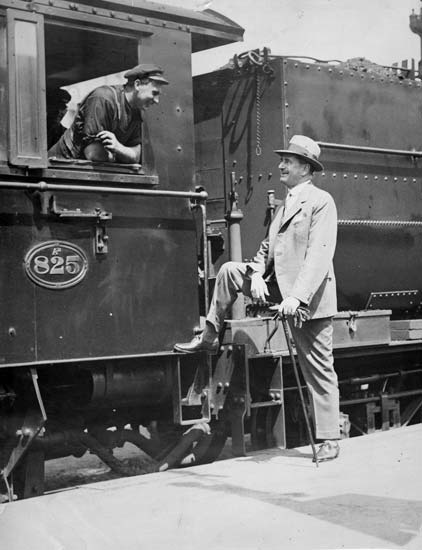 Gordon Coates was minister of public works and railways in the early 1920s. He promoted the completion of three main trunk railway lines, including the North Auckland line. A hardworking minister with the common touch, he would often visit workplaces and talk with employees.