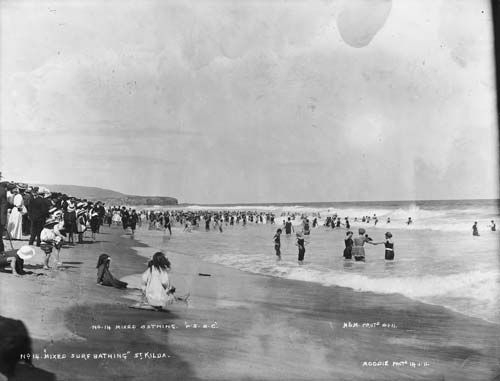 The sight of this group of men, women and children swimming in the sea at St Kilda, Dunedin, in 1911, would have been appalling for some people. About this time sea bathing was beginning to gain wider acceptance. Surf bathing and lifesaving associations were formed in 1910 and 1911. However, it was still thought immodest to appear publicly in nothing but a bathing suit, especially in mixed company.