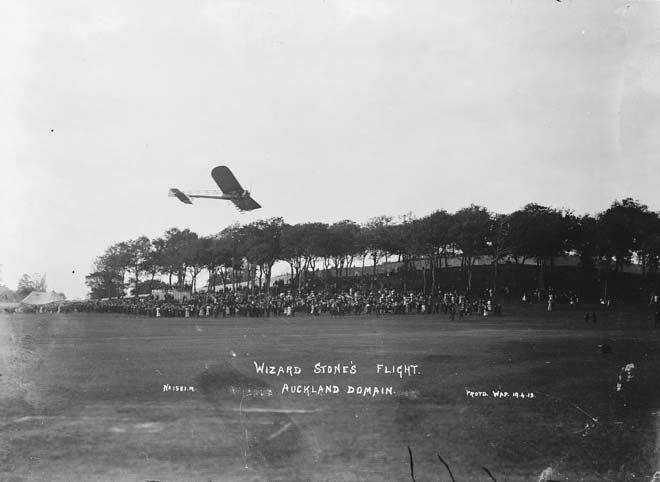 In the early years of New Zealand aviation, crowds flocked to see displays by touring aviators, who often offered joyrides for the daring. One was the American Arthur ‘Wizard’ Stone, who flew his Blériot monoplane in front of 11,000 paying spectators at the Auckland Domain on 19 April 1913. Another 30,000 are said to have watched from outside the grounds. The aircraft made a forced landing after 400 yards; it and the pilot were attacked by members of the disgruntled crowd who felt they had not got their money’s worth.