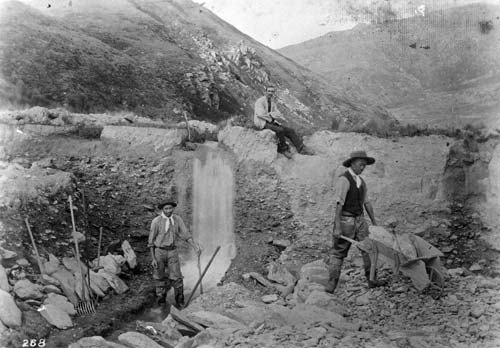 The goldfields of Southland and Otago were well worked over by the late 19th century, but some Chinese still made a meagre living from them, as this photograph shows. Two unnamed Chinese men working with pick and shovel are watched by Presbyterian minister George McNeur.