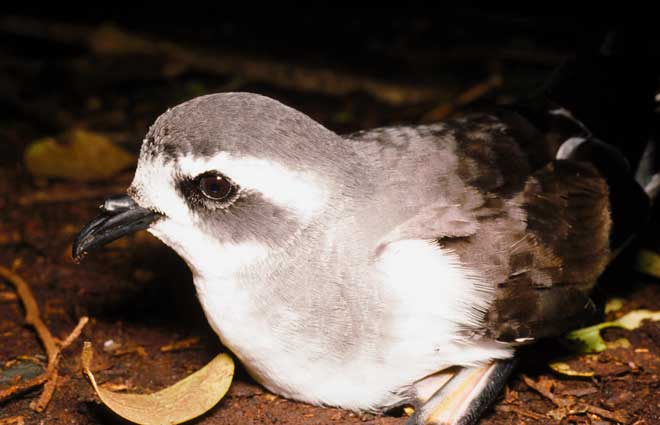 A seabird that migrates from New Zealand after breeding is the tiny white-faced storm petrel. In New Zealand they breed on islands close to the mainland, and down to the subantarctic Auckland Islands. The biggest colony is on Rangatira Island in the Chathams group, where there were estimated to be 840,000 breeding pairs in 1994. The chicks fledge between mid-February and early April. They set off for the tropical east Pacific, and can be seen off the coast of Equador and the Galapagos Islands from July to September. They return to New Zealand to breed about late September.