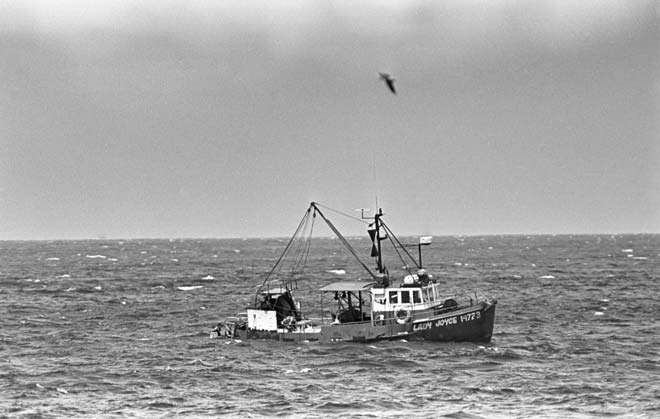 Photographed in 1992, the people on this boat were laying shark nets off St Clair Beach, Dunedin. Following attacks at Dunedin beaches in the 1960s, nets have been set each summer to reduce the risk to swimmers. However, people have been warned that the nets do not entirely eliminate the danger. There is even some suggestion that the fish, seals and dolphins that get caught in the nets may attract sharks. Because the nets pose a threat to marine life, including sharks, their use is under review in many parts of the world.