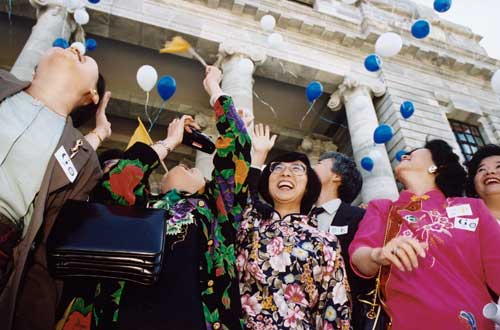 Accountant Pansy Wong became New Zealand’s first Asian member of Parliament in 1996, and from 2008 to 2010 was Minister of Ethnic Affairs and Women’s Affairs. New Zealand educated, and a speaker of English, Cantonese, Mandarin and Shanghaiese, she was able to mediate between people of different cultural backgrounds.

Pansy Wong was too short

Pansy Wong was too short lived in the Nat Party. She really brought a great spirit to Auckland - hoping she is doing well now.