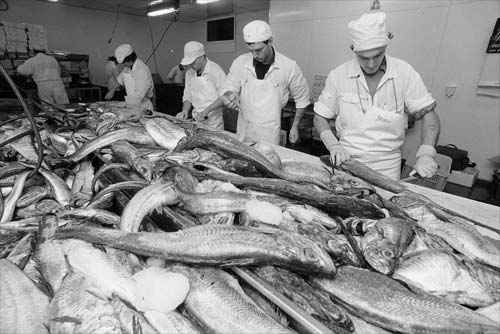 Deep-sea hoki is caught during winter and sold as fillets. Since the mid-1990s most hoki has been caught by large factory trawlers and is filleted and frozen at sea. But in 1992, when this photo was taken, the fish were being brought ashore for processing. These Cook Strait Seafoods workers were filleting between 30 and 35 tonnes a day.