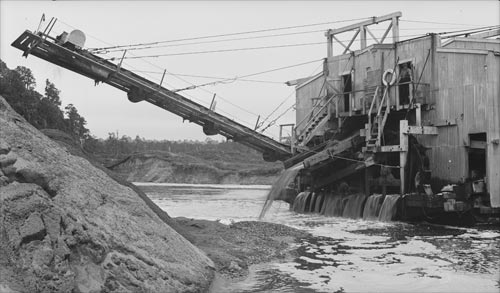 A small dredge worked the beach sands for gold on Gillespies Beach, South Westland, in the 1930s and 1940s. Significant levels of radioactivity were found in the dredge-sand concentrates. During the Second World War this seemed to be the best chance of finding uranium in New Zealand, but subsequent testing showed that the uranium content was too low to be of economic value.