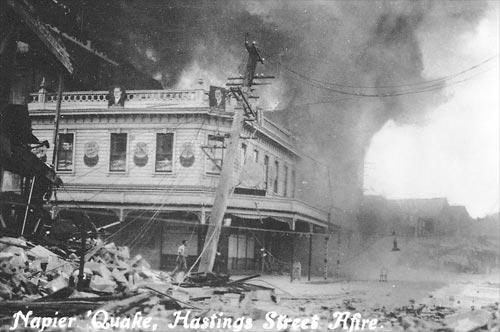 Fire broke out shortly after the earthquake, and eventually destroyed most of the central business district of Napier. This photograph shows the fire at the Masonic Hotel. It was later rebuilt in the art deco style.