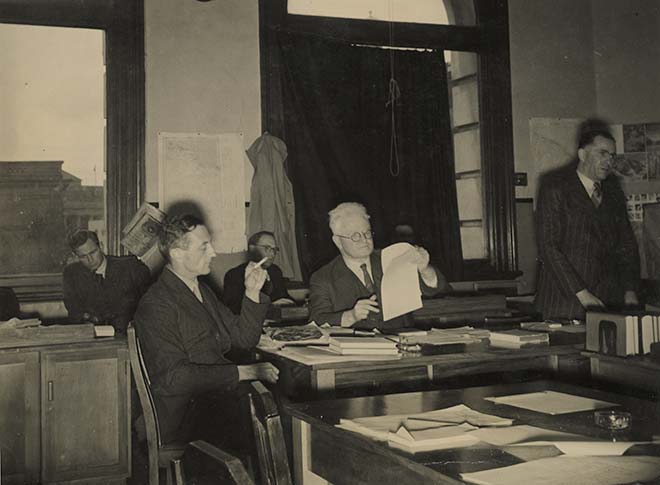 Pictured at the war histories conference in July 1946 are Eric McCormick (left, with cigarette); Under Secretary for Internal Affairs Joe Heenan (centre); and Major-General Howard Kippenberger (speaking, at right). From 1940 Heenan had been keen to follow the Australian example and ensure that records about New Zealand's war effort were collected and preserved. In 1941 Lieutenant Eric McCormick, who had considerable experience as a writer, historian and archivist, and who had worked at the Centennial Branch, got the job of overseeing this while serving with the Public Relations Branch of the Second New Zealand Expeditionary Force in Egypt. He devised a scheme for publishing New Zealand war histories in 1943, which was endorsed by the war cabinet in 1944. After some delays in setting up the project, Kippenberger, a very popular war hero, was appointed editor-in-chief in 1946.