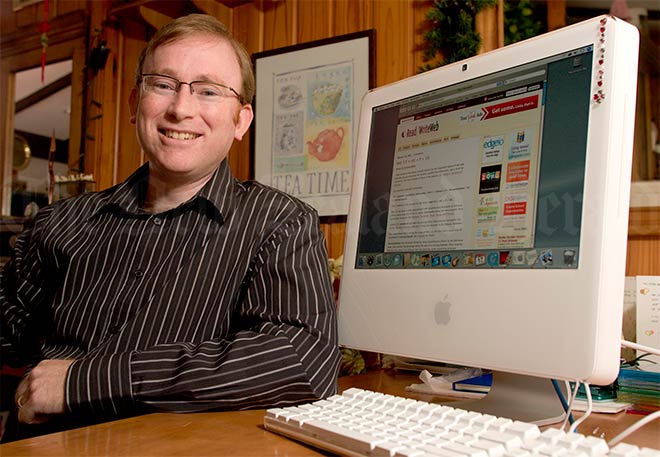 Richard MacManus is shown in 2007 beside the homepage of the blog he founded four years before, Read Write Web (or RWW). The blog covered the development of the internet, predicting and documenting the rise of the social web and then the emergence of the mobile web. The site became one of the world's most popular blogs, and in 2011, when it was sold to a US company for a reported US$5 million, it was attracting 2.75 million visitors a month. In 2012 it was rebranded as ReadWrite.