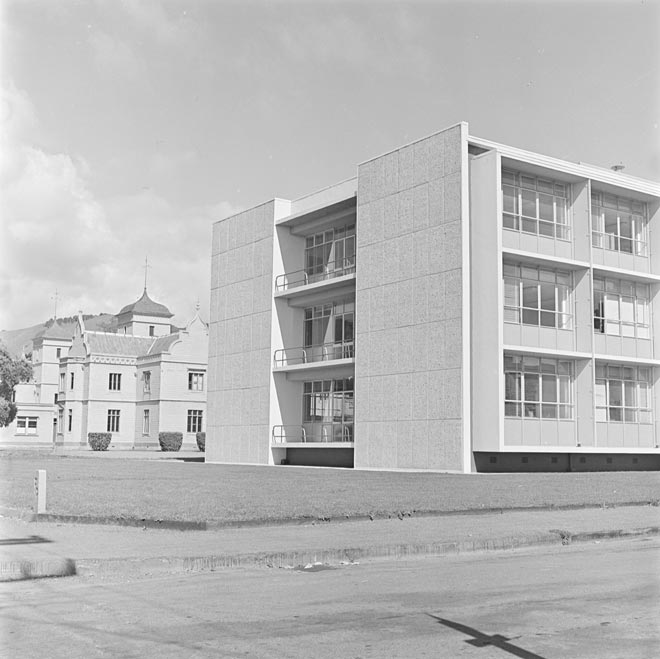 The grand Jacobethan (a cross between Elizabethan and Jacobean) style Nelson Provincial Council building of the 1860s stands behind the stark modernist government offices built 100 years later. Following the abolition of provincial governments in 1876, the building had been used by the central government. It failed to maintain the wooden building and by the 1960s it was rotten and in need of expensive repairs. The government was unwilling to pay all of the $150,000 ($2.3 million in 2013 values) needed to restore the structure. It told the local council that if the city wanted to keep the building it would have to come up with most of the cash. Despite community support for the building's retention, the council declined to fund its refurbishment and it was demolished in 1969. Its destruction was soon widely regretted and motivated many to ensure other historic buildings were saved.