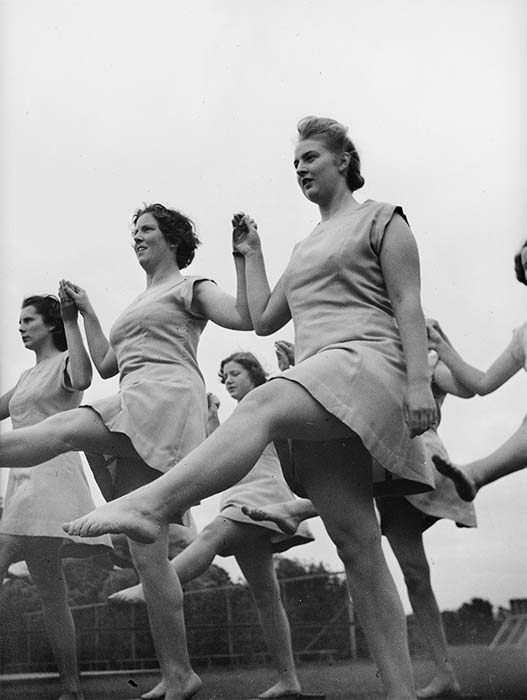 Women perform leg swings as part of their training to become physical exercise instructors during their spare time. Those training them were officers of the physical welfare branch of the Department of Internal Affairs. The branch was established in 1938, and during the Second World War, when this photo was taken, it focused on ensuring the fitness of those involved in war work.